Yeah it's true; 15 years ago, my daughter Randy and I made a camper out of duct tape (and some PVC pipe). And yes, we actually used it on a weekend camping trip in August 2008.

This is me and Randy as we built the sides of the camper.

Channel 5 in Green Bay did a story about the camper on their morning show, and then again later in the day on the evening news with Erin Davisson and Tammy Elliott.

Over the weekend, I was parsing the news on CNN.com, reading about all the political campaigns, the financial crisis, the long lines for gas in the south, and I just figured that maybe some people would be interested in our off-the-wall, goofy story from some idiot and his daugther in De Pere, Wisconsin. So, I submitted the story to CNN's iReport web site, in the "offbeat" category. That was it. It was there along with all the other offbeat reports that anyone can submit.

But then someone at CNN decided that the duct tape camper was worthy of the CNN.com home page. So, underneath all the banner headlines about all the problems in the world, there it was: "Go camping with duct tape." It was there from about noon to about 4:30pm central time.

If you look at the screen shot of CNN's home page, scroll about half way down to the "More News" section on the left. You'll see there on the left "Go camping with duct tape". Then over to the right of that, the camper also appears in the "iReport" section.

The iReport story had only been viewed a handful of times prior to this, but the link on CNN's home page caused the "viewed" count to jump to over 10,000 by the end of the afternoon. That report also generated a spike in traffic to this site. We'd been averaging about 40 page views per day, but today we had well over 7,000 page views.

So, the duct tape camper has a bit more life. Randy and I love working on projects like this together, and we must admit that we're having a lot of fun with all this buzz. 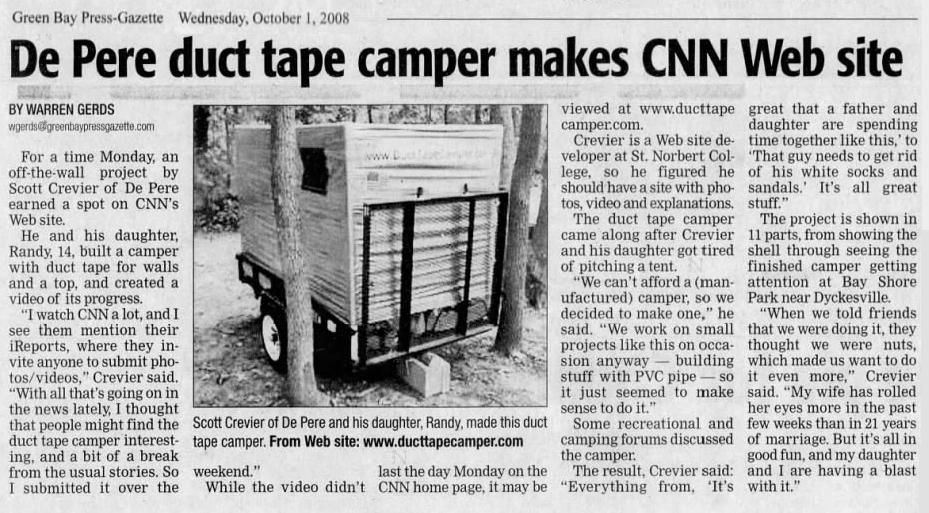 This is a story on CNN's "News To Me" show, hosted by Eric Landford.

I was working as the web developer at St. Norbert College at the time. The editor of the college magazine decided to mention our project in the Fall 2008 Edition. Kinda fun, given the fact that all of the other featured staff accomplishments related to academic research. 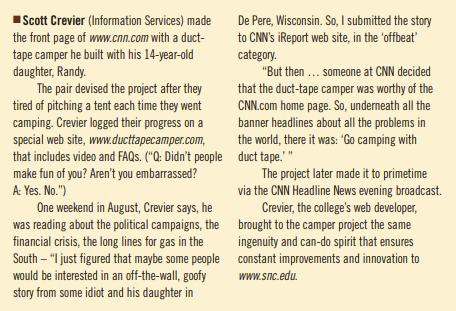 These are some sites where we found people talking about our camper:

Q: How much duct tape did you use?
A: We used 4 rolls for the sides, and 1.5 rolls on the top. And we used about an extra roll for things like edging on the door, molding on the windows, and miscellaneous repair jobs. All in all, 7 rolls does the trick.

Q: What if it rains?
A: Well, we get wet. If you look closely at the photos, you'll notice that there are two glaring vulnerabilities.

First, the windows are just rectangle holes, with a piece of screen duct taped on the inside. Randy made a cover for one window out of duct tape. For the other window, she made a curtain out of a napkin. Both were attached on the inside, so if it rains, it comes in the windows.

Second, we didn't put the duct tape all the way down to the bottom. We left about a foot of the wall open to allow for easy air flow. It did indeed get quite warm inside, so it worked out well to have that gap. But again, if it rained, it would have gotten wet.

It's important to note that we made it the way we did while paying close attention to the weather forecast for the inaugural weekend. And the weather turned out to be absolutely beautiful! Had there been rain in the forecast, we would have made sure the entire camper was water proof. We also brought a tarp, so all would have been fine.

Q: How long did it take to build it?
A: We worked on it for several hours on each of two days.

Q: How did it drive on the highway?
A: It drove fine. The campground is 27 miles from home. We took Nicolet Drive there instead of the highway, since it was the inaugural camping trip. The speed limit on Nicolet Dr is 35 almost all the way, with a couple of miles at 55. Based on how it performed, I'd have no problem driving 65 MPH.

Q: What kind of duct tape did you use?
A: Duck Brand. We bought it at Fleet Farm and WalMart. Our main requirement was that it had to be a decent tape, one that would last the weekend and hold up well in case of rain. It worked great, and they have a variety of colors that made some of the molding more interesting. No, I don't work for Duck Products or have any affiliation with Duck whatsoever. I'm only mentioning it here because people have asked the question.

Q: Wouldn't it have made more sense to just put the money and time and effort into a small tent, or just build a camper that would have lasted longer, or make something that's waterproof?
A: No.

Q: Wasn't the inside of the camper all sticky?
A: Yes initially. Randy and her friend Sam decorated the inside by putting up various colors of tissue paper (the kind you use for wrapping gifts). They cut out flowers and various shapes and the inside looked pretty cool.

Q: So what's up with the camper now?
A: We only used the camper for the one camping trip. We don't have any indoor storage for the winter, so we took it apart a couple months after we used it. We talked about building a version 2 for a future camping trip, but that never happened.

Q: Didn't people make fun of you? Aren't you embarrassed?
A: Yes. No. 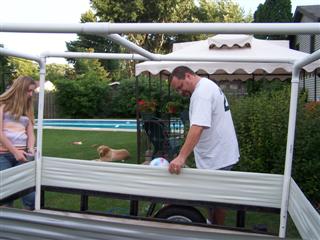 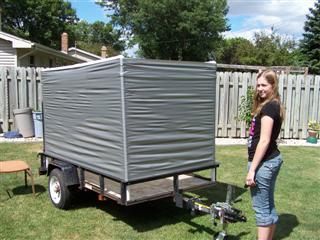 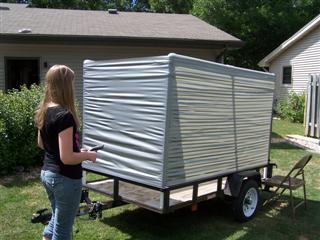 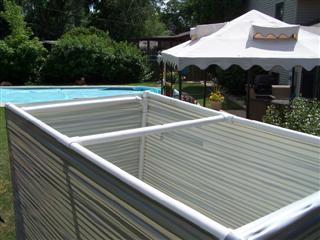 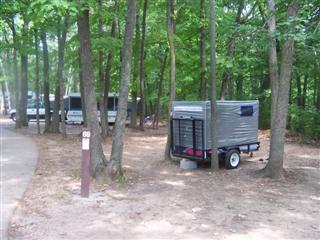 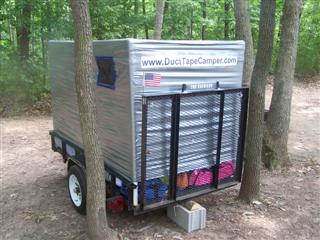 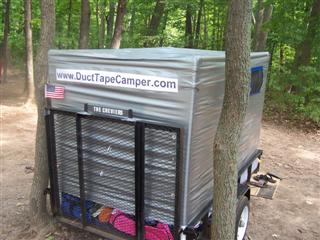 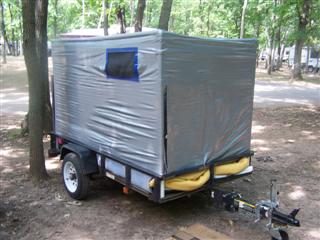 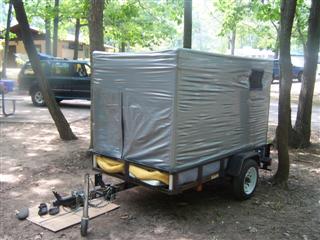 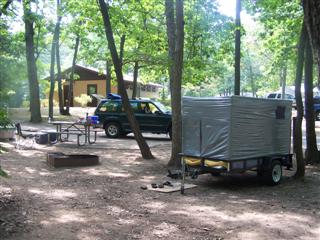 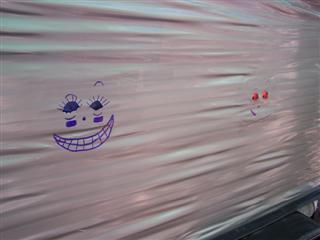 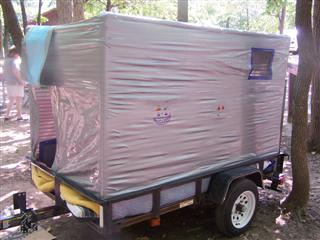 If you like our Duct Tape Camper, perhaps you'll also enjoy Crevier's Simple Christmas Lights (over a quarter million views).